As an introduction, we should stress that the person we write about here in this Case Study, has given permission for his story and photo to be shared here, although his name has been changed.

Franz was first referred to St George’s in August, and we engaged with him at his condo in Jomtien.

Although shocking to most, his story is not too exceptional in this, The Land of Smiles.

Franz had lived in Thailand for eight years. He had lived with the same Thai woman as if married, but not married for the whole of that time.

Back in Germany Franz had two grown-up daughters, one estranged. The relationship had broken down with one of his daughters because of his decision to emigrate to a warmer climate.

Whilst living in Pattaya, Franz bought a house and a car and set up a restaurant (all in the partner’s name). The restaurant did very well, and the business was good, with some great reviews on Trip Advisor.

Then in May 2022, Franz had a stroke which left him with some motor impairment, mobility and balance issues.

This is where the story becomes very unfortunate.

For some reason, friends of Franz were informed that he had terminal cancer and that his life expectancy was less than three months.

In July, together with the help of his ex-partner’s brother, Franz was put in a pickup, driven a long way from home, and put in a small dingy condo; a place Franz only described as a ‘condo in a big building with two blocks’. After some detective work, that is where St George’s connected with him in August. 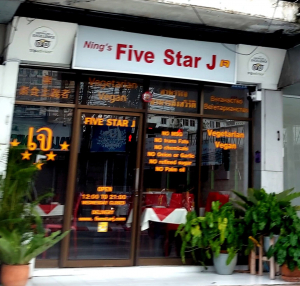 On the first meeting with Franz, he was unshaven and dishevelled. He told us he was hungry and we took him in a broken wheelchair borrowed from the condo reception to a local cafe. He explained that he was grateful to speak to someone and that he did not have a phone that allowed him to speak to family in Germany. He also said that he did not have any money in his pocket apart from 300THB (about $10) and that his ex had not given him his passport, which he was worried about.

Franz was very low and spoke of suicide. We used all of this information to develop a Needs Assessment.

We immediately bought him food and drink.

It was during this meeting that his ex suddenly turned up. She looked glamorous and referred to him as ‘darling’ throughout the 15 minutes she popped by. Franz explained that her visits with salad in a plastic bag were sporadic and unpredictable; he said that he usually only ate once per day.

We asked her about his phone, and she confirmed that she had not enabled international roaming. Over the next 48 hours, it became apparent she had no interest in allowing this function, ever.

Combined with the promulgation of the non-existent terminal condition, we suspected that her motivation was to increasingly isolate Franz from his friends and family, controlling the narrative whilst asking family and friends for money. It was soon concluded that his ex-partner was purposefully not working and even taking actions which went against his best interests.

First, we approached the Royal British Legion – Thailand Branch, who mobilised and delivered their wheelchair to us for Franz to use.

As it happened, Ren Lexander of the City Expats Club was kindly able to help and arrange for a condo Franz was able to move into on the same day.

We bought Franz a replacement iPhone 6s (the first one).

When adding Facebook and other Apps we discovered that his friend list had dramatically reduced in size. Franz’s ex-partner could access his old Facebook account and had systematically reduced it to a list of about 10% of its original number, all people Franz did not know. Franz had lost all his close friends and had no easy way to reconnect.

A basic rota was created for different people to visit Franz each day.  This was not just about company and stimulation but also about pragmatics.  Because of his impaired motor skills, Franz routinely spilt food or drinks on the floor.

In addition, at times Franz was doubly incontinent – although he disputed this fact and refused to wear adult diapers.  Bed linen had to be changed and laundered daily.

We then pursued the passport. Luckily, his ex-partner obliged and returned the passport without fuss or ceremony. Of course, withholding it from him would have been a criminal offence, and she was reminded of that fact.

We were able then to determine that his visa ran out on the 17th July. Franz was illegal in Thailand and was accruing an overstay fine of 500THB per day.

We set to work attempting to get the required documents and assess the cost of renewing the visa. Simultaneously, we tried to contact the family in Germany.

Franz confirmed that he did not have his bank book. This became the most urgent issue to deal with and we arranged for two of our church volunteers to take him to the bank to get it renewed.

We discovered at the bank that the bank had closed his account in July. The bank suggested that Franz himself had done this, but he had no recollection of this and blamed his ex-partner, which was plausible.

With no bank account and money, it would be challenging to arrange for a new visa; not least costly.  One visa agent was willing to renew the visa for 58,000THB.  This is a lot of money and we did not have the funds to pay for this.

This allowed us to pause for a moment to consider whether staying in Thailand would really be in his best interest.  The team considered that it would be far better for Franz to return to his home country which would be much better able to cater to his particular needs.

We determined to discuss this with Franz as a way forward. 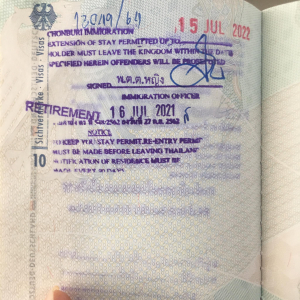 We continued to pursue the family to see if they were in a position to help with living costs as we tried to sort things out. One of our congregation, Anthony Peters, speaks German and spoke to Franz’s brother several times by telephone. The family in Germany were sceptical since they had sent money to assist Franz on several occasions. Cash that the ex-partner had intercepted. They considered the whole notion to be a scam.

We pursued the idea of reporting the theft of his house, car and restaurant, but Franz was reluctant to press any charges or make any statement against his ex-partner.

We tried to send the family emails confirming Franz’s precarious situation and searched for a way forward.

Whereas we would typically consider the successful family connection as the point when we reduce or discontinue the support, this had now been going on for a few weeks with no change.

We began to consider deportation as an option if the family was unwilling to pay the overstay and visa. We spoke to Franz, who was at a very low ebb. He had started self-harming, and he could not see a way forward.

Our volunteer team continued cleaning his room, changing his bed and filling his fridge daily with essentials.

Most days, we bought him a simple lunch from a nearby restaurant; sometimes, we took him to eat lunch, and he talked with us.

We were at an impasse and someone in our group suggested that we talk to the German Embassy. Franz was reluctant, saying they had not been very helpful the last time he tried after his stroke. They had simply signposted him to an expensive clinic in Bangkok.

Franz was not the easiest personality to get on with and was often anxious, angry, agitated or aggressive.  The team recognised that we were dealing with a man at his lowest ebb.  We always approached him with compassion. 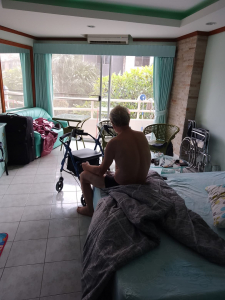 Nevertheless, we determined that we had nothing to lose and everything to gain since the financial cost of the intervention, which we had meant to be ‘short-term’, was born solely by one charitable member of the congregation who was not even in Thailand.

We emailed the German Embassy. The Embassy made it clear that a decision for repatriation had to be made by the German Citizen in need, and they had to ask for help.

We spelt out Franz’s options to him. With time ticking on, his predicament would only increase and may result in his being detained whilst he waited for deportation. Detention in the Thai ‘monkey house’ is unpleasant for fit and healthy people.

It was obvious that any kind of detention would be damaging to his fragile emotional state and his poor physical health would mean he would be prone to falling without recourse to daily support. This then amounted to a danger to Franz’s life and limb.

Franz agreed that he needed help from the Embassy.

The German consulate attempted to get Franz to complete its needs assessment form, but he was under stress and was aggressive and abusive to the consular staff.

With our encouragement and assistance, we could transcribe the answers Franz discussed, and in the end, we forwarded the form to Embassy.

St George’s and the German Embassy created an excellent liaison relationship with them; communication was reignited with the family.

The Embassy then explained that they would buy the ticket for repatriation but would need a ‘fit to fly’ certificate first. They could also not cover any costs in Thailand and would not pay anything towards the overstay.

Ren Lexander of the City Expat Club then assisted again with an appointment at the Pattaya International Hospital. The result was an excellent value assessment and fit to fly cert (less than 1,000THB).

We emailed the family, copying all communication to the Embassy. They finally agreed to pay the overstay fine (capped at 20,000THB), which Franz would be able to pay as he passed through immigration at the airport on his way to the flight.

The Embassy also confirmed that his daughter would Franz at Frankfurt Airport upon his arrival.

The money for the overstay arrived a few days before the flight.

Franz suddenly became very aware of his appearance, wanting assistance to cut his nails, shave and get a haircut.

There was a flurry of activity as the Embassy confirmed the luggage allowance on Saturday before he flew Monday night.

On the last day, we took Franz to the Richmond Bar on Soi Welcome, since Paul there was a regular visitor to Franz and had developed a good relationship with him.  Sitting for a couple of hours in the bar gave Franz a boost, feeling for a moment like every other man, smoking his pipe and drinking a glass of Lemon Soda water.  He was very happy as we helped him in the car to go to the airport. 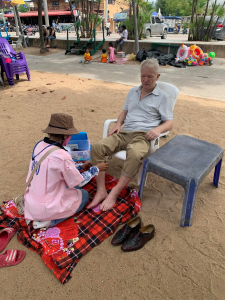 Franz was formally handed over to the wheelchair assistant, who the Embassy had arranged at 10:15PM for his 12:50AM flight to Germany.

As we drove back to Pattaya from the airport, we received a telephone call. We worried. Had he been refused to fly for some reason? It was Frans. He called to say thank you. He was on the plane and going home.

A few days later we received a message from Franz’ sister thanking us all for our help. 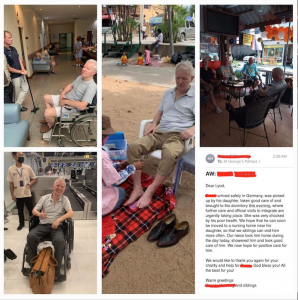 Success, in this case, depended on multi-disciplinary teamwork and partnership working.

NOTE: All interventions detailed above were enabled by the singular financial support of a member of our congregation, Mr Conrad Caruana Montaldo who formerly lived in Thailand and lately resides in Malta. 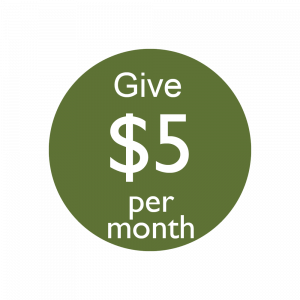 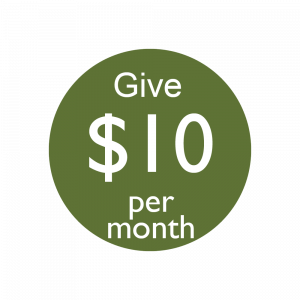 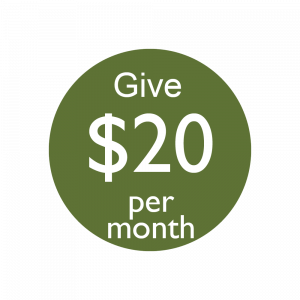 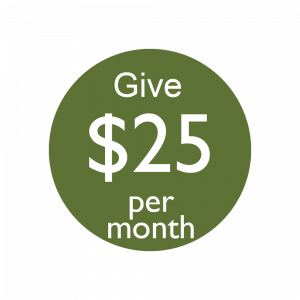