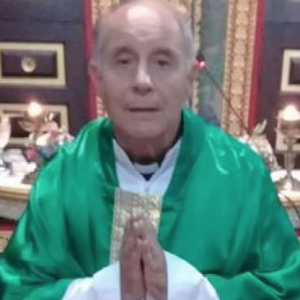 David Price was educated at Stockport School, where he began his musical studies under Geoffrey Barber.  After ‘A’ level examinations he then became a full-time student at The Royal School of Church Music, studying the organ with Martindale Sidwell, choir training with Michael Brimer, singing with Robert Poole and composition with Derek Holman.  In 1963 he was awarded the ‘Limpus’ Prize in the examination for Fellowship of the Royal College of Organists, and two years later gained the Choirmaster’s Diploma.

The early years of his professional career were spent back in the North West of England, where he was Head of Music at Peel Moat School, Stockport, Director of the Maia Boys’ Choir, and Assistant Organist at St. George’s Church, under Arthur Rooke.  In 1969 he moved to East Anglia, where for twenty-four years he was Director of Music of Taverham Hall Preparatory School, Norwich, and for a period also Master of the Music at the Priory Church of St. Nicholas, Great Yarmouth – the largest Parish Church in England!  In 1993 he took early retirement from the chalk face, so as to be able to devote more time to examining and adjudicating work, and also private teaching.  He has been a Guild Advisor for the Royal School of Church Music since 1974, and in 1996 was appointed Education & Training Officer for the Norfolk & Norwich Area.  In the same year, he was invited to become Master of Music at the Roman Catholic Cathedral in Norwich.  For the first five years of its existence, he was an Assistant Director of the I.A.P.S. Choral Course under Ralph Allwood.

An examiner for the Associated Board since 1979, he has undertaken overseas tours in Eire, Cyprus, Hong Kong on numerous occasions, Indonesia twice, Malaysia twice, and Singapore three times whilst examining all the while extensively throughout the UK.  Now recently retired after 36 years on the Practical Panel, he still marks theory papers online from his retirement home in Thailand!

A wholly unexpected, life-changing experience was the ordination to the priesthood in November 2017 – six years after most clergy have ‘sailed off into the sunset’, so that must almost be worthy of an entry in the Guinness Book of Records!

Away from music, his interests include Crossword Puzzles, Contract Bridge, Foreign Travel & Cats!

Making an Offering in Church
Scroll to top